For those of you who watched the 1990 film ‘Awakenings” starring Robin Williams and Robert De Niro, the concept of a patient being frozen in time only to awaken when given the correct medication will not be an unfamiliar one. This true story depicted patients who appeared to be in a frozen catatonic state for 30 years before a physician, Dr Oliver Sacks administered L-Dopa, a drug commonly used in Parkinsons disease. This released these patients from their state of hibernation only for the side effects of the L-Dopa to become more and more of a inhibitory issue for its continued use.

The patients in this film were survivors of 1917-1928 epidemic of a condition termed “encephalitis lethargica” by the neurologist Constantin van Economo and the pathologist Jean-Rene Cruchet. The disease attacks the brain leaving the patients in a statue like state and without the ability to talk. The epidemic occurred between 1915 and 1926 which coincided wth the Spanish flu pandemic leading some to postulate that this was a direct result of a reaction to flu virus, ie that this may have been an immune mediated or autoimmune disease. Others have implicated streptococcus (the same organism responsible for PANDAS) and yet others, enteroviruses. The exact cause remains elusive but fast forward 100 years and we see the concept of  “Long Covid” growing and becoming a recognised disease on the back of our latest coronavirus pandemic.

For those who suggest that neuropsychiatric symptoms (including the huge rise in patients with tic disorders) following covid is due to some mass hysteria propogated by TikTok I would say, look again. Let’s all try and learn from the lessons of the past and not place these patients into the bin of “functional disorders” or “Fabricated or Induced Illness” without thoroughly exploring all possible organic causes.

We owe this to our patients.

I agree Tim we do need to look at historical facts and data documented about post infection symptoms.

I agree. When my daughter first had tic symptoms i was directed to articles friends had read suggesting that it was a result of ticktock or even NLP through ticktock which freaked me out. How could my daughter be so drastically changed by watching something?! It was true that a lot of her motor tics were copying unusual moves that were clearly a result of seeing these videos but her exaggerated moves came out of the blue, weeks after seeing any videoing of someone with tics. It bothered her and she did not like it but she couldn't help it. After discovering it could be Pandas related I had her tested for strep throat which she had and she very quickly got better with a course of antibiotics. After that if she was reminded of tics she didn't get them because she had control of her body back. I conclude that when they have tics induced by a virus or Strep throat etc, they remember the moves they have seen on TicTock and copy them sometimes. 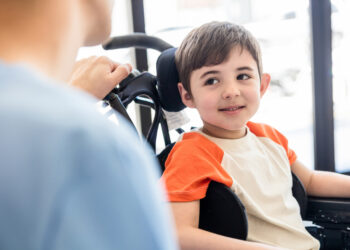